Everyone loves going to the movies! It is a great way to broaden horizons while never leaving the comfort of your home. Today, we will be listing out our choices for the best films that effectively showcase the sport of Rugby.

Why is Film Representation Important?

Rugby, as a sport, is not as internationally popular as basketball or baseball. While some teams may have followers and have the capacity to go viral because their cultural traditions (we are of course referring to the All Blacks), in general there is still a very little number of people who are actively interested in the sport.

For any sport, representation in media is quite important. Films often provide a deeper look into the world of a sport and the people that are involved. A lot of new athletes are often inspired by a film or a live performance of professional athletes whether they are fictional or real representations. If a sport wants to continue with its existence, new blood and new enthusiasts are needed.

As media is one of the easiest forms of representation around, there is a higher chance of invoking the interest of youngsters with the sport if presented in film.

If you make a Google search for any film for baseball, football, or basketball, you will find a LOT of films in both the silver screen and for television. There are even examples of representation in Disney cartoons like Goofy’s “How To” series.

Rugby, unfortunately has not reached that level of devotion and interest. That is something that continues to pain us greatly. It is a good thing then that things have changed. 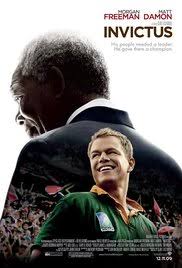 Trust Clint Eastwood to make use of his genius to truly show how physical the sport of Rugby truly is. This film also does a wonderful job of showing how hard it was for people who were not white to be part of the sport in South Africa back when Apartheid was in power.

The film is set in early 80’s and culminates in the late 90’s. This was the time in the history of South Africa where peace was unsteady as they had recently overturned the power that Apartheid had over their country.

This is the tale of the national team of South Africa and their good performance in the 1995 Rugby World Cup and how this success helped to galvanize their people together and find their sense of national pride and identity.

From a personal standpoint for some of us, this film did a really fine job in showcasing the physically challenging the sport is. You really get a sense of the struggle of achieving physical strength and the risks that players face when they go out into the field. It is a lovely story of the underdog—something that is rather effective in inspiring future athletes to join the sport. 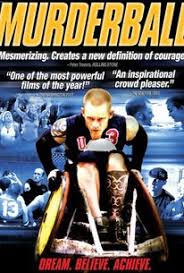 This documentary gives a much needed deeper look into the world of the Paralympics. This film focuses on the different members of the US rugby wheelchair team and their attempt to be part of the 2004 Paralympics.

The world of rugby is tough enough; imagine what it would be like when you cannot use your legs for the sport at all! Audiences get to see the grit and the determination that it takes to be part of a sport no matter what your situation is.

From a personal standpoint for some of us, this documentary struck a chord within us. It helped to highlight the fact that there are those that do want to be part of the sport and do not let physical disabilities hinder them in the least. It is a good driving force for many of use that stood meekly in the sidelines and not made the most of the opportunities that we were given.

If there was ever a film that helped to showcase the mental fortitude of rugby athletes, it would be this film. We highly recommend that you view it. 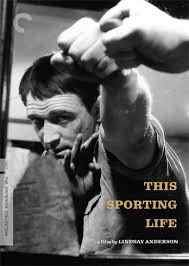 Set in the 60’s, this film manages to showcase a deep sense of realism of the gritty day to day of an athlete that uses rugby as an outlet for their feelings of agitation and anger. What is good about this film is that it taps into the pool of existing rugby players.

While there are some issues with critics on how the story drags on in some places, it is important to keep in mind that life is like that. Not every moment fluidly transitions into the next perfect scene. The plot is not wholly mapped out.

From a personal standpoint, many of us really like this movie. It helps to show how life can be at times and how the sport can play a vital role in finding what we want to do as individuals. The game scenes are shot quite realistically that you cannot help but wince along with the pain of the characters in the movie. It certainly serves as pretty good representation for rugby lovers everywhere. 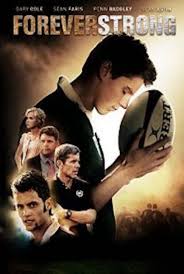 The story follows a rugby union player that has to face the reality of having to face his old team and even his father. It smoothly shows the troubled thoughts of an athlete that had to suffer loss. The presentation of the family dynamic and the issue with his father is also something that most audiences will be able to relate to.

It is one thing to know what you want to do in life and entirely another thing when it is forced upon you by others. This movie taught us that a critically panned movie can be universally loved by audiences. This film is a compilation of different real life tales that is unified into a cohesive story.

Films still continue to be the best way to research new horizons and subjects. Everyone in our writing team has their own favorite rugby film (as showcased in the paragraphs above). We certainly hope that we have all helped you form a watching list!

What movies have you seen from the list above? What suggestions do you have that are not included above? Help us further populate this list and later lists as well!